An Fóram Uisce –
The Water Forum

Clean and healthy waters, capable of supporting biodiversity and providing the basis for a positive and healthy economic and cultural life.

We will ensure that all stakeholders are regularly reminded of our vision and their role in achieving and supporting same.

An early career research report on Communicating water availability to improve awareness and the implementation of water conservation measures. Historical records show that Ireland has experienced approximately 45 droughts since

The aim of the River Basin Management Plan is to ensure that our natural waters are sustainably managed, that freshwater resources are protected so that there is no further deterioration;

Good news for 21 towns and villages across Ireland this week

The communities in 21 small towns and villages have very good news this week as upgrades for their wastewater treatment plants have all been given the go-ahead. It will provide
View All News

A little about us 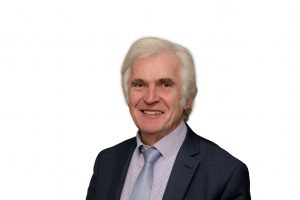 An Fóram Uisce was established as a statutory body in June 2018 having been provided for in the Water Services Act 2017. The purpose of An Fóram is to provide a vehicle for strengthening democratic input into our decision making regarding water as a fundamental national asset. Such decisions are pivotal not only to society today but to the wider ecosystem and to posterity.

An Fóram Uisce was established as a statutory body in June 2018 having been provided for in the Water Services Act 2017. The purpose of An Fóram is to provide a vehicle for strengthening democratic input into our decision making regarding water as a fundamental national asset. Such decisions are pivotal not only to society today but to the wider ecosystem and to posterity.

The global and national environmental challenge is multi dimensional. It includes global warming and climate change; the loss of biodiversity; the acidification of the oceans and the persistent decline in the quality of ground water and surface water bodies. These challenges become manifest in critical weather events, in geo-political conflict, in food security, in urban planning and in the broad thrust of economic opportunity and direction.

These challenges mean that the environmental question becomes central in all elements of global decision making and national policy.

Against this backdrop, An Fóram provides a mechanism for feeding into the debate amongst stakeholders at national level. It does this by facilitating the sharing of information and perspectives; enhancing understanding and enriching policy formation.

There is also a need for greater public awareness on the centrality of high quality water, both as an end in itself but also as a barometer of the wider environmental and ecosystem health. An Fóram aims to increase the consciousness of the public of the vulnerability of our water resource and on the interplay between individual behaviour, community, sectoral and societal norms and national policies.
In advising the Minister on objectives, approaches and initiatives relevant to the attainment of good status in our water bodies, An Fóram is charged with taking on board the sometimes different or competing interests of its stakeholders while never departing from the core objective of water quality enhancement.

An Fóram must constantly challenge itself to bring added value to this national project,complementing and critiquing the work of the many statutory bodies with a role in this field. Its diverse, interdisciplinary composition lends it a particular strength in this regard. Thus, it can contribute to the debate and the decision making on priorities; heighten public awareness of the water quality challenge through the many organisations represented on it ; secure organisational buy-in or stakeholder consensus on conservation initiatives which might otherwise encounter public resistance and point to policy options which might not otherwise arise.

If An Fóram, however, is to transcend the role of a brokerage function between competing interests, it must be motivated by an ethos of commitment to public service in its broadest sense and by the realisation of the holistic nature of the eco system which means that all individual acts either detract from or enhance the health of the totality.

Ireland has an extensive and impressive array of scientific/research and regulatory bodies and capability in the environmental domain. As the inter relationships between the different elements of environmental degradation become manifest, the need for integration and cohesion between these bodies, policy makers and the public becomes all the more pressing. This integration begins with a conversation and cannot happen without such a conversation. An Fóram considers that a key part of its job is to ensure that this conversation happens. 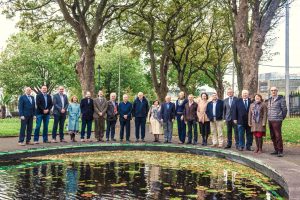 An Fóram is the only statutory body representative of all stakeholders with an interest in the quality of Ireland’s water bodies. It consists of 26 members representing a wide range of organisations with direct connections to issues relating to water quality and also public water consumers. Approximately 50 different organisations were involved in the nomination of the members.

Prof. Tom Collins represents An Foram Uisce on the Water Advisory Board
Donal Purcell represents AFU on the Co-ordination and Management Committee for the River Basin Management Plan

based at Dundalk Institute of Technology